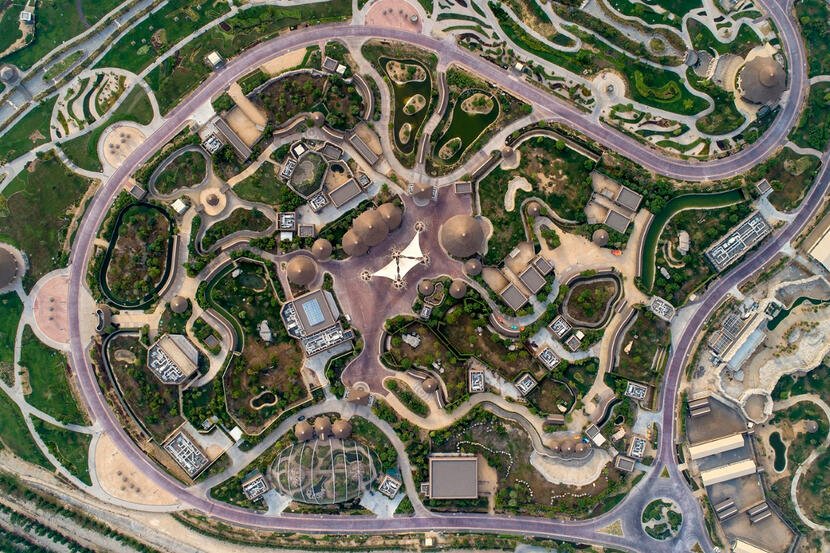 Situated in the middle of the desert in Al Warqaa, The Dubai Safari Park is environmentally friendly in Dubai, United Arab Emirates. The Park is a 119-hectare Dubai Municipality initiative that provides the finest habitat for wildlife, with a variety of environments to suit diverse creatures.

We wholeheartedly suggest animal lovers pay a must-visit but before that, you need to know about all its activities. So let us help you with that!

The former park had received widespread condemnation for the animals’ confinement: they were created, given very limited room, and were hardly able to move. It was apparent that the animals needed a much larger, more open, more contemporary environment.

Therefore, the municipality decided to expand and moderate the Dubai zoo in response to an increase in tourists in Dubai. The project received $40.8 million in funding. Meraas, a UAE corporation, was awarded the project. As the operating manager, Parques Reunidos has been appointed. The Park was opened on December 12, 2017, but was closed in May 2018 for repairs and upgrades. On its 50th anniversary, the Dubai Safari Park took over the Dubai Zoo.

Back then more than 2500 animals from all over the world that were previously housed in Jumeirah Zoo have found a new home at DUBAI SAFARI PARK.  A lot of effort has gone into keeping the animals here comfortable, which is a significant improvement over the confined conditions of the former Dubai Zoo.

The Park aspires to be one of the top 10 zoos in the world, as well as a prominent tourist destination, earning international acclaim for its efforts to maintain a high standard of animal health, nutrition, and ethical behaviour.

With its gorgeous lakes and lush greenery, the Safari Park Dubai creates an immediate impact. The massive park is navigated by an eco-friendly fleet of cars. The safari is separated into zones, each with its geography and animal population. Let us explore these zones and the animals that inhabit there.

Dubai Safari Park is the Dubai Municipality initiative that provides the finest habitat for wildlife, with a variety of environments to suit diverse creatures. The Park is divided into five zones: Safari Village, Arabian Village, Asian Village, African Village, and Wadi Village.

The indoor theme park features 20 rides divided into zones such as Marvel and Cartoon Network, as well as 28 restaurants and cafés. Explore the Arabian Village, Asian Village, and African Village, experience the thrill and excitement of an Open Safari, and meet new people at the Children’s Farm.

Safari Village is a large open area where tourists may take a bus and enjoy up-close encounters with animals such as giraffes, lions, and tigers. The Arabian Village, which covers 60,000 square meters, is dedicated to observing and learning about natural animals such as the Arabian oryx and wolf. Mountains, deserts, flowers, and plants are all included in this location.

This drive-through attraction is a must-see. Before embarking on their journey, tourists are greeted by a Dubai Safari Park marshal. During the short voyage, tourists will see some of the Arabian Peninsula’s most well-known species, including the Arabian oryx, gazelles, and camels.

At the Explore Village, you may see lions and other wildlife.  The major feature in the park is the Safari Journey at the Explorer Village. The classic open safari takes you to the jungles of Asia and Africa for up-close experiences with the local wildlife habitat.

Visitors may tour the town in specially built vehicles and see a variety of animals, including zebra, water buffalo, and the area’s Hero Animal, the cheetah.

The cheetah run area is popular with families since it allows them to witness the ferocious creatures in action. A giraffe feeding activity and a bird display are also available.

The Asian Village is home to a variety of popular Asian native animals, including tigers and gibbons. The park’s professional keepers and guides teach visitors fascinating facts about the animals. The Moon Bear, commonly known as the Asiatic black bear, is the attraction’s star animal.

Gibbon, Southern Cassowary, and Mandarin Duck, The Komodo dragon and Indian elephant are among the Asian animals found in this town.

The African Village is another popular attraction in the safari park, and it is home to a variety of exotic animal species such as beautiful white lions, giraffes, and the hero of this zone, African elephants! The pachyderms are the park’s main attraction.

The white lion and African wild dog are housed here. The Grand Aviary is the attraction’s centerpiece and the greatest spot for birdwatchers. The guides add to the excitement by assisting you in spotting numerous uncommon species along the way. Don’t forget to pay a visit to the reptile house the next time you’re at the park.

It is a freshly designed area with the goal of children learning in mind. The uniquely crafted Kids Farm, a fun-filled blend of a farm and a petting zoo, is another feature at Dubai Safari. The Kids Farm teaches children about typical farm animals such as chickens, goats, and lambs. Children like interacting with nature, learning to ride ponies, and visiting the bird aviary here.

Apart from the farm, the safari park also has the following kid-friendly attractions:

This is a place where you may unwind. The area was designed to let you unwind after a long trip. There are ponds of fish where you may see fish or waterfalls, and the terrain is a beautiful green.

Other Facilities at Dubai Safari Park

Dubai Safari Park provides guests with a variety of engaging activities, educational programs, and the ability to hand-feed the gorgeous animals. The Park also has several amenities that make their visit more convenient and enjoyable. The following are a handful of the park’s amenities:

The Dubai Safari is open every day from 9:00 a.m. to 5:00 p.m. A tour of the entire park may easily take more than 5 hours, so plan your visit accordingly to ensure you have enough time to see everything. Main Gates opens from 8:30 am to 4:00 pm and the last Bus for Safari Journey departs at 4:30 pm.

The easiest approach to get the most out of your visit is to plan it around the park’s daily attractions. The following are the show times:

Dubai Safari Park is located in Al Warqa’a 5 and is about a 12-minute drive from the International City neighborhood.

The Safari Park may be reached through the Al Awir/Ras Al Khor Road or the Sheikh Zayed Bin Hamdan Al Nahyan Street (D54). Residents of Mirdif villas for rent and Al Warqaa flats for rent are both adjacent to the park.

The Park has approximately 3,500 free parking spaces, as well as transportation to and from the main gate.

Children under the age of three, as well as the People of Determination, are admitted free of charge. Guests with special needs must produce their SANAD cards upon entrance and are permitted to bring two companions.

Those interested in purchasing tickets to Dubai Safari Park online can do so through the park’s official website.

You may reach them at 800900, which is a toll-free number. If you want to give any feedback after your visit, the official website also includes a convenient feedback form.